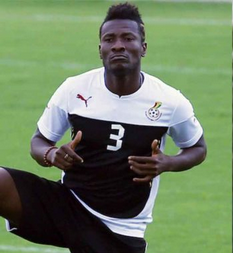 Former Black Stars skipper, Asamoah Gyan has stated bluntly that people’s perception of him is only reflections of the people themselves.

The successful footballer laden with the luxurious mansions and cars stated without mincing words that he tailors his attitude to suit that of anyone he encounters.

In his latest Instagram post, he made a very strong statement to suggest he is unbothered by his critics and will only continue to be himself.

The post read, ”Not everyone gets the same version of me. One person might tell you I’m an amazingly beautiful soul. Another person might say I’m a cold-hearted a**hole. Believe them both, I act accordingly”.

Meanwhile, the player who now runs a sports complex among other businesses was recently in the news after Lawyer Maurice Ampah claimed he had abandoned his bestie, Castro’s mum after the latter’s demise.

The controversial Lawyer, stated categorically that Asamoah Gyan with his brother Baffour had left the woman poor and famished.

Asamoah seemed to have ignored these allegations as he refused to be drawn into the controversy. 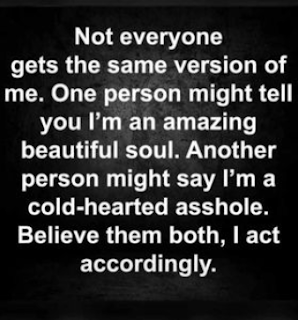