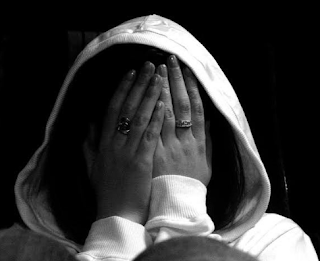 A Nigerian lady has sought the advice of popular relationship coach, Joro Olumofin saying she once cheated on her boyfriend and asked for forgiveness but the guy says unless he sleeps with her best friend before he can forgive her.

She admitted she made a great mistake by spending the lockdown with a different guy who had her way with her and after apologizing to her man, he still insisted on paying her back in double folds.

Read her story below; 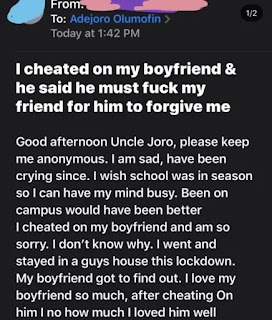 “How do you love someone and cheat on that person?. You people should explain to me because that thing is not sitting well with me ? So you want to set up friends in just to save a so-called Boyfriend??? Not even husband?? Both of you need a cane.

What you did was wrong. However, he is a revengeful person. It’s better you end it as that relationship will lead nowhere.

Its either he leaves or he forgives. What is good is good for the gander?He’ ll sleep with your friend and still leave you!?‍♀️ He has been Crushing on ur friends but this is an opportunity..??”