A mum who was called “fat” by her own son when she tipped the scales at 21st after giving birth has since shed almost half her body weight.

Schauna Harshman, 35, grew up fleeing ashamed of her figure and was often teased by her peers at school, leaving her feeling like the “ugly, fat friend”.

The mum-of-three gained weight during her pregnancies and ate a lot of fried food, processed meals, fast food and pasta, washing it down with soft drinks.

But she hit “rock bottom” and decided to make major changes to her lifestyle after her son Chase, then aged three, called her “fat” and laughed, leaving her in tears as she locked herself in the bathroom.

Schauna, a medical coder from the US city of Grand Forks, North Dakota, who is now 11st 2lb, said: 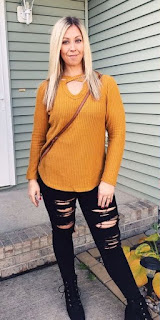 “One day, my middle son was making fun of me, calling me ‘fat’ and laughing about it.

“I was fed up of my weight but to hear my son, who loves me, make fun of me that way, I’d had enough. That was my rock bottom.

“I was angry and emotional. Of course, he had no idea the impact it had on me as he was only three.

“I remember locking myself in the bathroom and crying. Asking myself how I was going to fix the problem.

“I told him that it’s not funny to call people fat and laugh about it. He could see I was really upset and he felt sad when he saw I was crying.”

The mum started going to the gym, improved her diet and went for weight loss surgery after losing 4st.

Exclusive: Pablo Escobar, One Of The Richest And Most Dangerous Drug Lords Of All Time’

Why We Cheat on our Spouses – Abuja Residents

American rapper Cardi B has showed off her hair — her natural one. She shared a mirror selfie showing off…