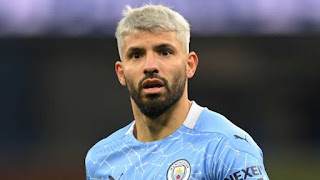 The Argentine striker is due to become a free agent next summer, but his manager says a renewal “depends on his physical condition”

Pep Guardiola has addressed Sergio Aguero’s contract situation at Manchester City, while admitting the Blues “miss him a lot” when he’s not fit to play.

Aguero has just entered the final year of his contract at the Etihad Stadium, having spent the last nine years of his career in Manchester.

The 32-year-old has hit 255 goals in 373 appearances for City during that time, becoming their all-time record scorer in the process, but injuries have often held him back from making an even greater contribution.