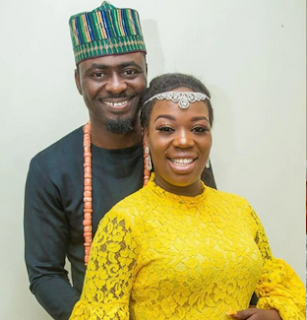 Kenyan superstar gospel singer, Ruth Matete got questioned for the second time by detectives from the Directorate of Criminal Investigation just before her late Nigerian husband, Pastor BelovedJohn Apewajoye’s autopsy result was made public.

It was earlier reported that the DCI opened investigations into the pastor’s death, after his manager Jessy McJessy accused Ms Matete of being violent in the marriage and stabbing her husband at least thrice.

“He died because of burns, which were mixed degree burns estimated at 60 per cent. In burns, what kills are the complications that arise. In this case there was sepsis, multiple organ failure and all that”

According to a local daily, Ms Matete was questioned for about six hours after homicide detectives collected samples from her house, where the gas explosion that left her late husband with severe burns took place.

The gospel singer had said in her first statement that her husband’s upper body was burnt on March 30th, while trying to light up their 6Kg gas cylinder. She explained that the gas exploded as a result of her hubby trying to release excess gas from the cylinder.

BelovedJohn died 12 days after he sustained injuries from the gas explosion. He spent a week in the Intensive Care Unit at Bellevue Hospital, and later on got referred to Kenyatta National Hospital after developing complications.