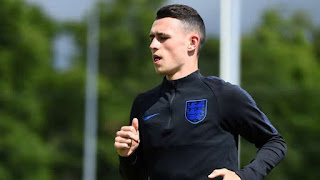 England boss Gareth Southgate says he is ready to give Phil Foden his Three Lions debut against Iceland on Saturday, describing the Manchester City midfielder as a “beautiful player to watch”.

The 20-year-old has been included in the senior squad for the first time as the Three Lions kick off their Nations League campaign in Reykjavik on Saturday before taking on Denmark on Tuesday.

Though he began last season on the fringes of the Manchester City first team, Foden ended the campaign as a regular in the side, particularly during the restart.