No fewer than sixty firefighters are currently battling a fire in a tower block close to Grenfell Tower in west London.

Firefighters can be seen on a balcony dousing the walls with water after flames went up the building and kept spreading.

London Fire Brigade said it was called at 11.39am to a report of “smoke issuing” from a building on Darfield Way.

Danielle Bond, who was watching on from a nearby office block, claimed the fire had spread to six floors.

She said: “The fire is spreading upwards, don’t know what it’s like inside but flames are going up the building on one side.’ 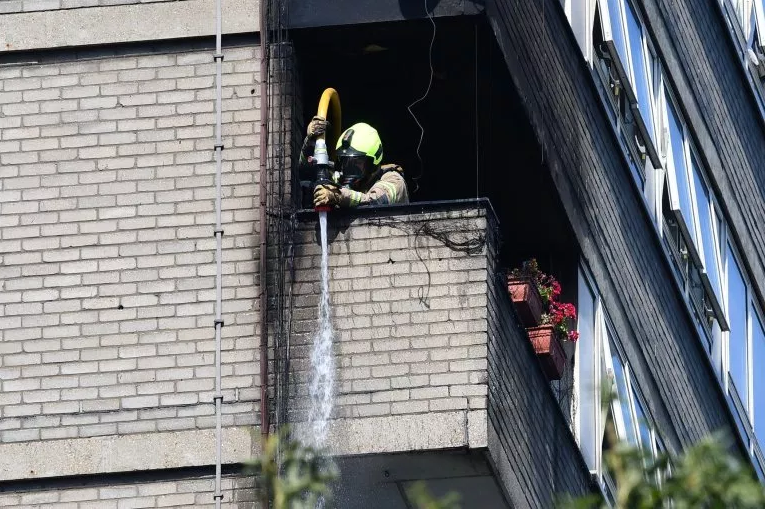 A spokesman for the London Fire Brigade said: “Eight fire engines and around 60 firefighters have been called to reports of smoke in Darfield Way in Notting Hill. Fire crews are currently investigating.

“The Brigade’s 999 control officers have taken 25 calls to the incident. The Brigade was called at 1139. Fire crews from North Kensington, Kensington, Fulham, Park Royal, Chelsea, West Hampstead and Soho fire stations are at the scene.”

A spokesman for the Royal Borough of Kensington and Chelsea said: “We’re aware of the fire in Darfield Way and have several officers on the scene to assess the cause. We will keep you informed of any updates as we receive them.” 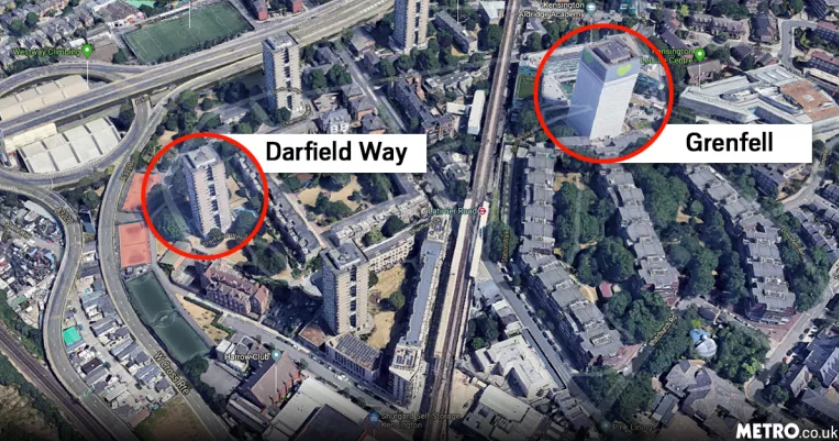 Fulani Agenda: It’s Time To Apologize To Me – FFK

Policeman Proposes To Corper In Nasarawa During CDS Meeting

A British Man Dies From Coronavirus In Japan

Rebecca, the mother of Leah Sharibu, the Dapchi schoolgirl kidnapped by the Boko Haram insurgents, said the President, Major General…

The Economic and Financial Crimes Commission (EFCC) called in its second witness to testify against Azeez Fashola popularly known as Naira Marley,…