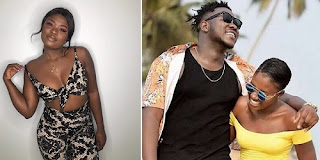 The news went viral later today that Medikal and Fella Makafui’s breakup is as a result of Medikal sleeping with Fella’s elder sister, Fendy Fella.

According to viral audio, Fella Makafui found out about Medikal Sleeping with Fendy just a couple of days ago and she vowed never to be with Medikal again.

It went on to explain that is why Medikal is moving around town getting everyone to apologize to Fella for messing up.

Whiles some people took to Twitter to troll Fella for messing up for her sister to chop Medikal, Fella has reacted to the trolls.

In a tweet, Fella Makafui wondered why some people could be that sick with such an emotional issue.

She explained that her family has nothing to do with the breakup and she does not want ‘disgusting’ people dragging her family into this.

“Disgusting people bringing my family into this with fake news! smh. This has nothing to do with my sister, kindly leave her out of this !“

Well, there you have it. Medikal and Fella’s breakup is not as a result of Medikal allegedly sleeping with Fendy. 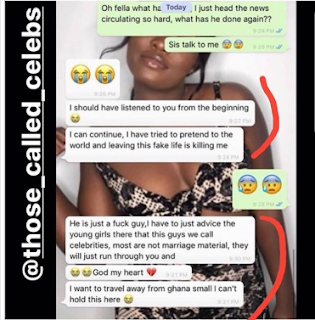