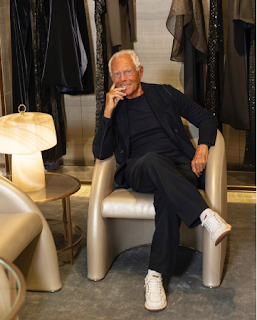 Giorgio Armani, who is worth $6.7 billion donated the money to three Milan-based hospitals as well as Rome’s Spallanzani hospital and the Civil Protection Agency, a company spokeswoman said last night.

This comes after Italy’s Prime Minister Giuseppe Conte announced that the whole of the national territory has been placed under lockdown over rapid spread of coronavirus in Europe’s worst-affected country.

“All the measure of the red zones are now extended to all of the national territory,” Prime Minister Giuseppe Conte said at a press conference and also announced a ban on all public events until next month.

Italy currently has the third-highest number of coronavirus cases, behind China and South Korea.