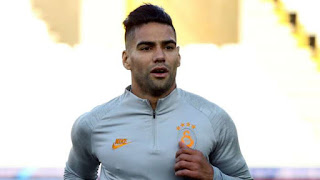 The former Atletico Madrid, Manchester United and Monaco forward is planning on heading to the USA when his Galatasaray contract expires

Radamel Falcao has revealed that he intends to join David Beckham at Inter Miami before hanging up his boots, with the Colombian eager to head for MLS once his Galatasaray contract expires.

The 34-year-old striker still has two years left on his deal in Turkey, however, he is already looking to the future and a potential next port of call.

Falcao would welcome the opportunity to head for the United States once he next hits the open market, with a spell in Florida holding plenty of appeal to him.