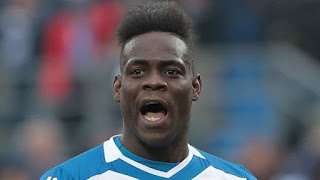 The Italian frontman has been without a club since leaving Brescia at the end of last season, but says he’s got a new destination lined up

Former Manchester City and Liverpool striker Mario Balotelli has revealed he will sign for a new club “in a few weeks”.

Balotelli dropped into the free agency pool after being released by Brescia at the end of the 2020-21 campaign.

The 30-year-old forward failed to report for training with the Italian club following the coronavirus lockdown, and was publicly criticised for a lack of discipline by his manager.