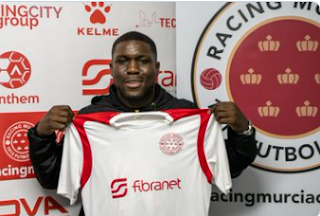 Since showing flashes of brilliance at the Bernabeu and Goodison Park, Drenthe has gone through some troubling times off the field.

This eventually led to him giving up football altogether in 2016, after spells in the Championship, Turkey, and Abu Dhabi. In his two-year hiatus from the game, he tried acting with a role in crime drama Mocro Maffia, and tried to start a music career under the name Roya2Faces.

However, he returned to football in 2018 with Sparta Rotterdam in the Dutch second division, and then went on to play for Kozakken Boys in the Netherlands’ third tier.

He is now returning to Spain, where he was last playing for the iconic Real Madrid, as well as a loan period to Hercules.

Manaer Antonio Pedreño will have to hope he does a better job with the mercurial forward than David Moyes did at Goodison Park.

Drenthe admitted regret at telling the Scot to f*** off during his time on Merseyside, claiming that Everton was one of the highlights of his career.

“I was waiting outside the room,” he told FourFourTwo, explaining that he was about to be disciplined for poor time-keeping – apparently a regular occurrence. “When I went in afterwards, Moyes told me to f*** off.

“I should have accepted it, but I said, ‘What do you mean, f*** off, bro? You f*** off.’ And then I left for Holland and didn’t come back. If I’d adapted more to Moyes I think I’d have reaped the benefits, as initially, I did play a lot under him.”

He added: “Together with my first months at Hercules, I had the best spell of my career at Everton.”