Olamide Erinfolami is the wife of a 38-year-old policeman, the late Inspector Ayodeji Erinfolami, who was reportedly shot in the stomach by his colleague during the protest in the Surulere Local Government Area of Lagos on October 12, 2020. The 38-year-old unemployed graduate of Accounting tells ALEXANDER OKERE how the loss of her breadwinner has affected her family 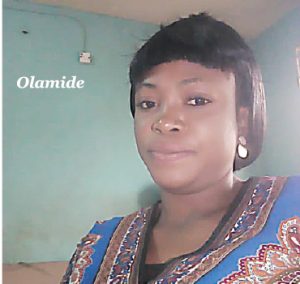 How did you get to know about your husband’s death?

I was in Ado Ekiti, Ekiti State; I don’t live with him. I live in Ado Ekiti and he was an inspector working at the Anti-Kidnapping Unit in Lagos. On that day (October 12), no one called me from his office but I got a call from Maiduguri, Borno State, that my husband was shot. I called his (my husband’s) number but there was no response. About two hours later, somebody, a girl, picked the call saying that my husband had been rushed to a hospital and that he was shot during the #EndSARS protest.

Did the person who called you from Maiduguri tell you how they got to know about his death?

The person said he saw it on social media.

Is that person related to you?

Yes. He is from Idanre and I am also from Idanre, in Ondo State. He asked me if I had heard about what happened to my husband. I asked him for what happened and he informed me about it. I couldn’t even hold myself.

Were you told how it happened?

I don’t know how it happened but based on what they saw on social media, people said that he was shot by his colleague.

Some may believe that he was hit by a stray bullet and not shot intentionally, since policemen were deployed during the protests. Don’t you think so?

I don’t know. But what made me realise that it wasn’t a mistake is what they (police) are doing now.

How do you mean?

If it was a mistake, they would have called me or come to the family of the deceased. But now, they haven’t made any move. No one has come to see his parents. So, how will they convince me that it was a mistake? When they saw him on the ground why did they (policemen) not carry him? Some of them took pictures. So, it (shooting) wasn’t a mistake.

Have you been officially informed by the Nigeria Police about your husband’s death?

Since that day (October 12), nobody called me to inform me officially about the death of my husband. I couldn’t go to Lagos because of the violence that resulted from the protests. But when I got to Lagos after about three weeks, I was told that the Inspector-General of Police wanted to see us. So, I went to the Lagos State Police Command and the IGP spoke with us. Last week, I returned to Lagos and reported to the police that none of them (policemen) had come to explain what happened to my husband to his family.

Did you see your husband’s body?

I saw the photograph. When I got to the mortuary, I couldn’t see his body because I couldn’t withstand it.

You said the police didn’t inform you officially about your husband’s death. Do you think they did that to hide it from you?

I think so. Maybe it was because they are responsible for his death. Since then, they have not done anything. The corpse is still in the mortuary. I told them to do an autopsy so that we can take his corpse for burial but they didn’t oblige me. They should do what they want to do about the autopsy and release the corpse of my husband to me. I learnt that an autopsy had been carried out on the body of the late driver, one Okechukwu, who was also killed in Surulere. So, what is delaying that of my husband? Was he (the late Erinfolami) not their colleague?

Were you asked to pay for the autopsy?

I don’t know whether it has been paid for but I was not told to pay.

Do you know the policeman who shot your husband?

How are your children coping with the absence of their father?

We have one child and two adopted sons from my husband’s late brother. His brother died in July, 2020. My son is 10 and the two adopted children are aged seven and 13. They are in school. They are not happy. His son wanted to celebrate his 10th birthday and my husband had been making arrangements for that. My son was supposed to mark his birthday on November 15 but he (Erinfolami) was shot on October 12. I haven’t even paid their school fees. I am not in a good condition now.

I was very scared when the #EndSARS protests began. That was the strange feeling I had before the incident. I called him and advised him to stay at home and not go out. He told me that he was not with SARS but the anti-kidnapping unit. I told him that it didn’t matter because a policeman is a policeman, but he assured me not to worry, that nothing would happen to him.

Your family has demanded the sum of N400m as compensation for the killing of your husband and the prosecution of the policemen involved. Considering that an autopsy hasn’t been done, why did you choose to make that demand?

I am not the one to answer that question because it involves the family. I am a graduate. I have a Higher National Diploma in Accountancy from Rufus Giwa Polytechnic, Ondo State. I am 38 years old. They should provide a job for me. They should give me what I will use to take care of my children so that they will not lack.

Having called for justice, what steps would you take if the police do not accede to your demands?

Let us wait until then. My appeal to the Lagos State Government is that I want justice to prevail.

I want the state government to give me a job; I don’t have anything. He (the late Erinfolami) was the only one I had.

The Lagos State Governor, Babajide Sanwo-Olu recently donated N60m to the families of policemen killed during the #EndSARS protests. Are you one of the beneficiaries?

How do you feel about it?

My family is happy about it.

Was the donation by the governor something you expected?

It was a voluntary donation, so I wasn’t expecting it. We are happy.

You expressed worry over your inability to pay your children’s school fees due to your husband’s death. How did they receive the news of the scholarship awarded to them by the governor?

They were very happy. One of them is in secondary school while the two others are in primary school. I thank the governor for what he has done for us.

Are you satisfied with the governor’s gesture or will your family still go ahead with the N400m claim against the police and the demand for the prosecution of the policemen involved?

I told you earlier that I am not the one handling that. It’s the family. I don’t know anything about it. You can call the lawyer and ask.