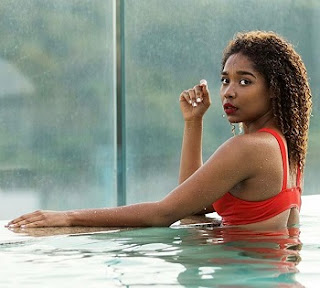 Blogger and former radio presenter Elodie Zone, unfortunately, found herself in a pretty comprising position this past weekend. As seen on some of her IG stories, the young blogger has come out accusing unnamed policemen from the Westlands area of sexually harassing her.

In the posts, the blogger says she had just stepped out of a certain event which she attended with a friend. However, things took a drastic turn after 3 policemen found her (Elodie) walking home; as the drunk friend she had expected to drop her home – drove off leaving her stranded.

Being past the curfew hours, of course as we know the police… this was not about to get pretty – and it didn’t! According to Elodie, the policemen from the Westlands area started harassing her as they physically grabbed her inappropriately. She wrote;

Hey a lot of you have been asking what happened to me the other night. I didn’t wanna go into too much detail, but after an event in Westlands; a friend was drunk and he left me on the side of the road past curfew after a fight.

As I walked home cops found me and started harassing me. I called the friend to help me moments before my phone died and he never came back. I saw him turn the car around and drive right passed me.

The cops (3 men) began to physically grab me before forcing me into a car. We drove around Lavington for a while before a stranger came to y rescue. 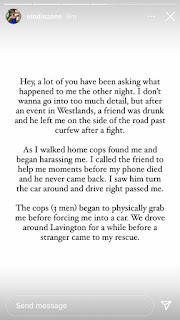 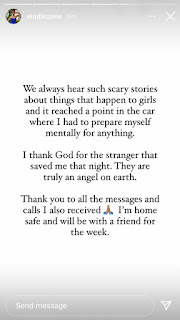 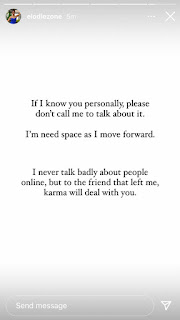