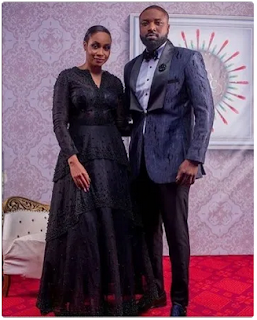 Elikem Kumordzie has opened up extensively for the first time about his marriage and how it ended all those years ago.

The Ghanaian fashion designer married Zimbabwean socialite Pokello Nare in 2015 after the couple met during the 2013 edition of Big Brother Africa.

After just about two years of marriage, the couple split up with their union producing a son.

Speaking on what collapsed his marriage, Elikem gave two distinct reasons – one being his youth and inexperience and the other being the long-distance nature of their relationship.

“At the time of marriage, I was 26 – 27 and has not understood the concept of marriage because I was young but she might have more experience because she was 29 by then”. Elikem told KOD in a chat.

“I don’t remember too well why we fell off but I think it has to do with long distance. There was this long period of time where things just went off. She has to be there [Zimbabwe] and I have to be here [Ghana ] and we just fell off.” Kumordzie added.

Pokello, for her part, was very blunt when once asked what broke up her marriage – “Elikem is not ready to be a husband and unfortunately, after 4 years of trying to be patient with all his transgression, I just couldn’t do it anymore”.

It seems everyone is in agreement the whole thing was Elikem’s fault.