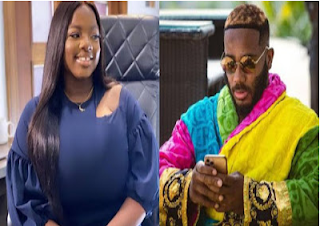 Recall while in the house, many saw Kidd has a humble billionaire son, but all that changed when he got out, social media users have claimed.

The ex-reality star is constantly on social media boasting about his wealth and how he can switch up passports in a minute depending on where he is travelling too.

Anyway, most of Kidd’s fans have been giving him enough attention by slamming him right back soon as he drops a shell.

Yesterday as the whole drama started, Kidd said he will be giving them so much attention as he replied almost all insult he read. A case of back to back, cus they kept replying him too, lol.

Anyway, his fellow colleague who was in the BBN house with him, Dorathy Bachor replied one of the trolls on Kidd’s case saying ”he’s actually one of the best guys she knows”. 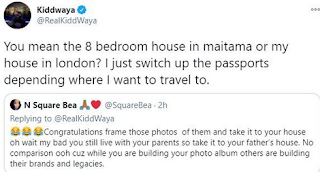 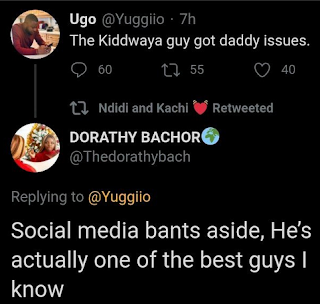