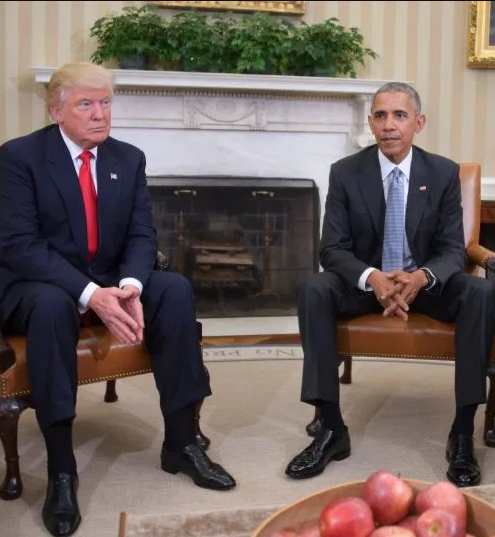 Donald Trump blasted his predecessor Barack Obama for claiming that he’s responsible for creating legislation that caused economic booms in both of their administrations.

On Monday, Obama tweeted a photo of what appeared to be his signature at the foot of the Recovery Act, a stimulus package passed in February 2009.

“Eleven years ago today, near the bottom of the worst recession in generations, I signed the Recovery Act, paving the way for more than a decade of economic growth and the longest streak of job creation in American history,” Barack Obama wrote. 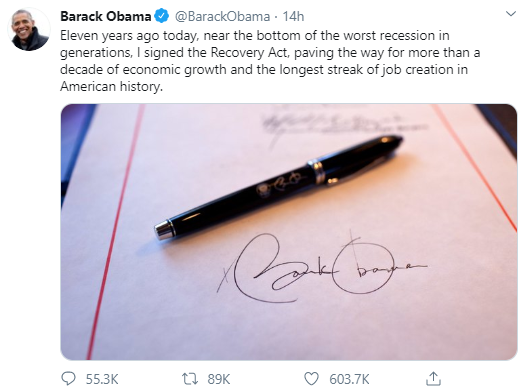 And Trump took to Twitter to slam Obama’s claim as a “con job.”

He tweeted: “Did you hear the latest con job? President Obama is now trying to take credit for the Economic Boom taking place under the Trump Administration. He had the WEAKEST recovery since the Great Depression, despite Zero Fed Rate & MASSIVE quantitative easing. NOW, best jobs numbers….”

In a subsequent tweet, Trump decried the economic recovery under Obama as the weakest since the Great Depression of 1929. He also asserted that the US would be in dire financial straits had the Democratic party won the 2016 presidential election.

He wrote: “….ever. Had to rebuild our military, which was totally depleted. Fed Rate UP, taxes and regulations WAY DOWN. If Dems won in 2016, the USA would be in big economic (Depression?) & military trouble right now. THE BEST IS YET TO COME. KEEP AMERICA GREAT!

Makinde Seek Help, Stop Reacting Out Of Fear Of Your Image – Sunday Dare