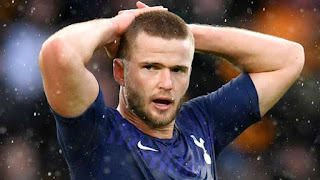 Tottenham star Eric Dier has revealed that his biggest motivation for signing a new contract with the club was manager Jose Mourinho.

The England international, who arrived at Spurs in 2014 from Sporting CP, penned a new deal in July that will see him through with the Londoners until June 2024.

The 26-year-old was “excited” to do so because of his relationship with the Portuguese boss, who is willing to allow him to develop his game in the manner he believes is best.