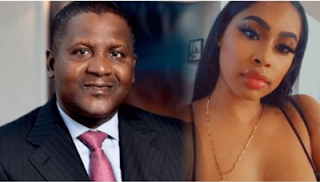 Autumn Spikes, the lady who came out few months ago claiming to be the girlfriend of Africa’s Richest Man–Aliko Dangote, has exposed the billionaire for trying to shut her up about their relationship.

She disclosed on her social media page how the business mogul and his lawyers tried to persuade her with monthly salary to stop making public her relationship with Dangote.

Few months ago, Autumn released photos and videos of what looked like a sexual affair with Dangote which went viral.

She said she was accused of tarnishing the image of the businessman and was forced to sign a non-disclosure agreement (NDA) which she refused.

The lady wrote on her Instagram page that the lawyers of the Billionaire offered her 15k and 2,500 monthly to shut her up.

“I Was Insultingly Offered 15k And 2,500 A Month To Sign An NDA But I Declined. I Gained Legal Counsel In Which We Countered His Offer. Mind You His First Initial Offer Wasn’t Disclosed In The Terms Of His Proposed NDA,” she wrote on her page. 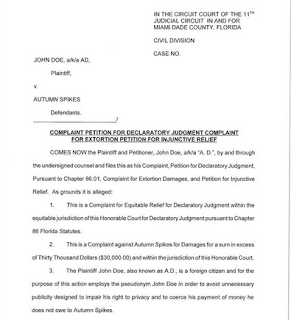 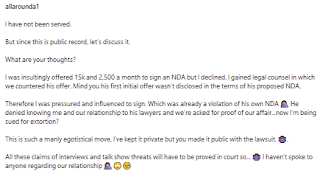