Fans of Spanish top division side Levante got a glimpse of what their summer acquisition Moses Simon can do with the performance of the Nigeria international in their 2-1 win over Barcelona in the Copa Del Rey. 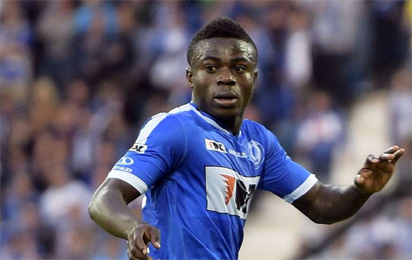 Champions of the Copa Del Rey the past four years, Barcelona rested most of their top players including captain Lionel Messi for the first leg game played at the home ground of Levante.

Starting out on the left, the former Gent winger was a thorn in the flesh of Nelson Semedo with his quick turn, pace and skills as his team took a commanding 2-0 lead going into the half time break.

Simon picked up from where he left off in the second half as Barcelona battled to find a way back into the game, something they finally did by reducing the deficit thanks to a penalty goal scored by Philipe Countinho.

Barcelona will host Levante in the second leg of the cup tie with most of their regulars as the decision to play without them appear to have played a part in the defeat they suffered against the same team they defeated 5-0 in the league.

BBNaija Star, Tacha Gets Fans Salivating On Instagram After Showing Off Hot Legs In New Photos

A former Big Brother Naija contestant, Nina Ivy, shocked many of her followers when photos and videos of a private…

Ash Wednesday: Christians to Dress in Black Attires to Protest Killings in Nigeria

A community in Delta State, Uwheru kingdom in Ughelli North local government area has banned the sale and consumption of beef…