The National Drug Law Enforcement Agency has seized some cocaine hidden inside heavy metals at a seaport.

It has been revealed that a major cocaine seizure has been made at the Onne Seaport in Port Harcourt, Rivers State.
The 7.5kg of cocaine was smartly concealed in two flanges. Flanges are oil well equipment made of tough and thick steel.
The examination of the container, that brought them in, lasted for 10 days. The discovery of the illicit drug entailed the use of cranes, forklifts, and electric metal cutting equipment.
The photos and story were shared by an aide to President Buhari, Lauretta Onochie. 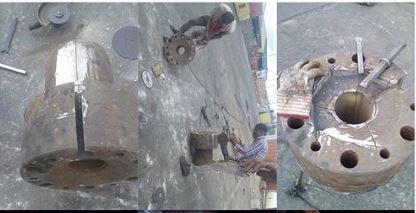 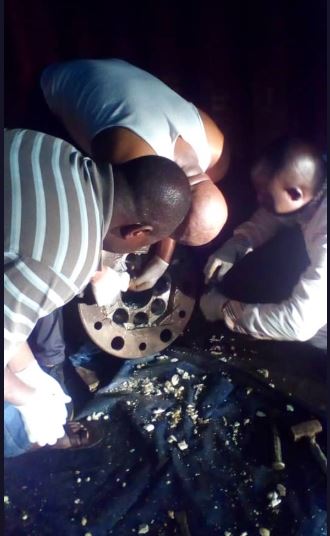 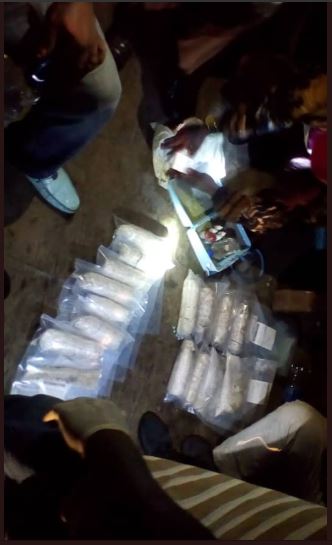