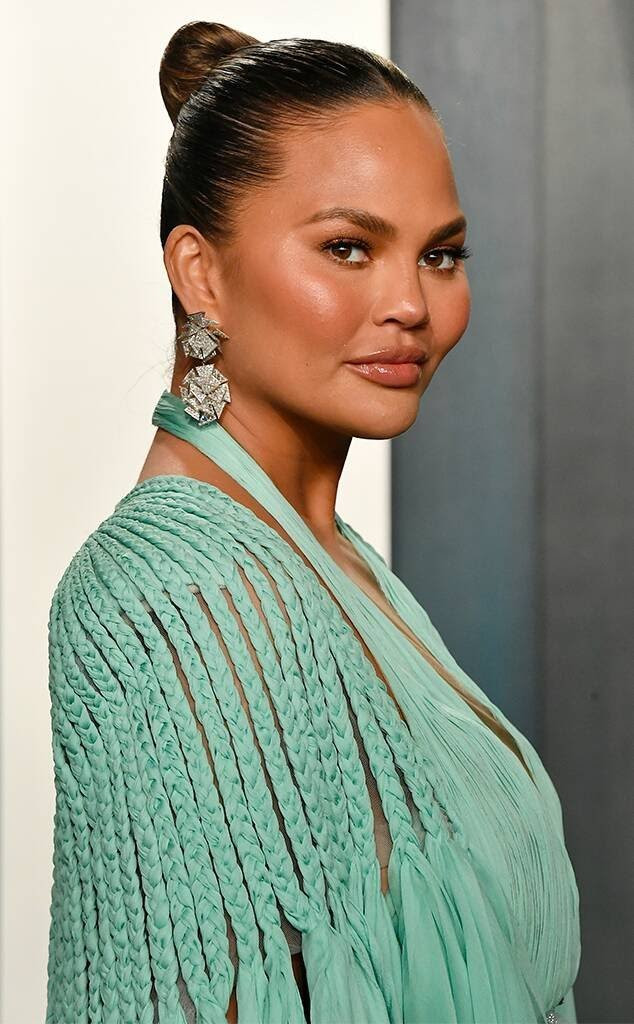 American model, Chrissy Teigen, has openly voiced safety concerns for her family, saying she had to delete 60,000 of her old tweets out of fear after internet trolls accused her of being involved in the Jeffrey Epstein scandal using conspiracy theories.

Teigen, who is wife to singer John Legend, stated on Twitter that she deleted the tweets as trolls were using them as alleged evidence of her connection to Pedophile Jeffrey Epstein’s friend and associate Ghislaine Maxwell.

Some internet trolls alleged Teigen had ties to Epstein and Maxwell claiming her name was listed on a purported flight log for Epstein’s private plane.

The online conspiracy theorists also accused actor Tom Hanks of taking Epstein’s jet to his island in the Caribbean but Reuters has now dismissed the allegations saying their team of fact checkers combed through copies of the flight logs, which can be seen online, and could not find Hanks’ name or initials in the documents.

Meanwhile, Teigen has never formally been accused of having any sort of involvement in the Epstein scandal.

On July 8, a Twitter user commented on Teigen’s post, “You’re on the flight log. #GislaineMaxwell #EpsteinIsland,” which prompted this response from the star: “if we wanna play with your lie just for fun, do you understand that if I were on the flight for the date of this ‘manifest’, I’d be a victim.”

She said in another tweet, “People still wasting time believing a 4chan flight manifest, I see. These people are so sick (and actually stupid) but mostly sick. And mostly stupid. I can’t bother to care anymore.”

Reacting to the accusations, Teigen took to Twitter on Tuesday July 14, and wrote;

“I actually deleted 60,000 tweets because i cannot f–king STAND you idiots anymore.

“I’m worried for my family. Finding me talking about toddlers and tiaras in 2013 and thinking you’re some sort of f–king operative.” 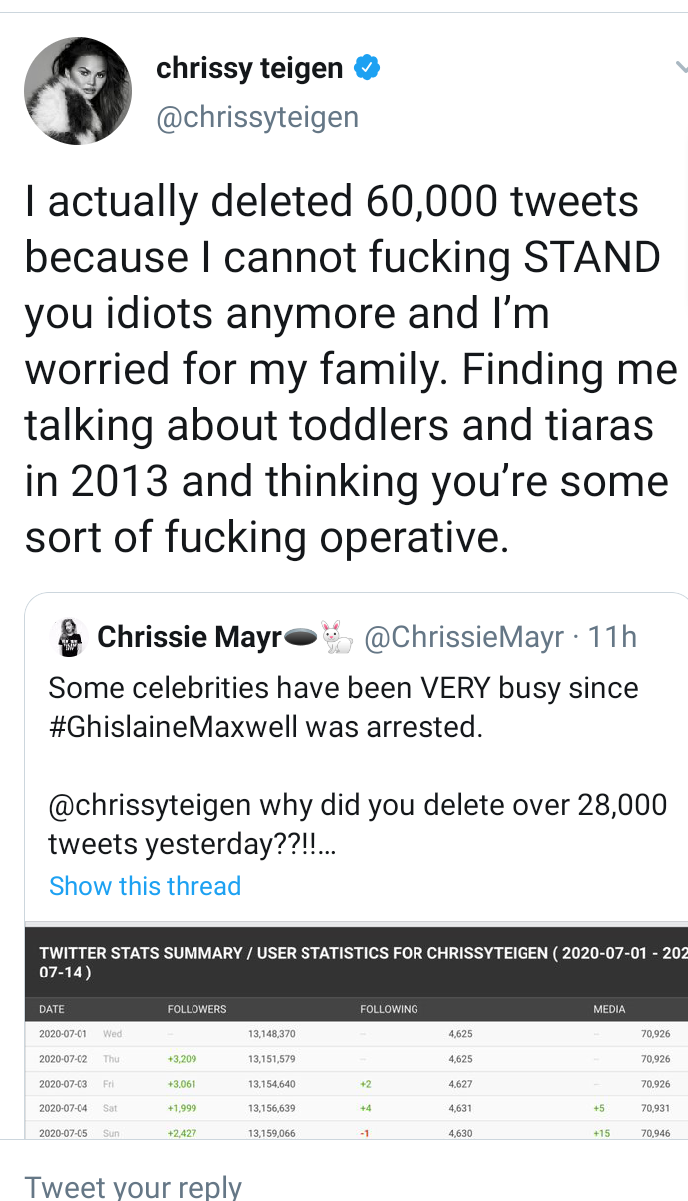