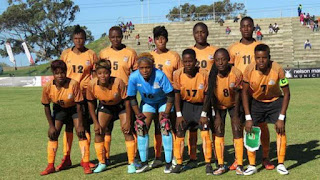 Chile’s second international friendly match against Zambia was called off on Tuesday after the visitors were put into quarantine by local health authorities due to a spate of Covid-19 cases.

The South Americans suffered a 2-1 defeat against the Olympic Games-bound Copper Queens after strikes from Barbara Banda and Racheal Nachula helped the Africans to a comeback win last Thursday.

The pre-Olympic preparation match in Santiago was in doubt from the moment Chilean health officials declared their decision regarding the Zambian travelling party.