This is the moment Chief Kessington Adebunkunola Adebutu a.k.a Baba Ijebu arrived in style for his coronation as the new Odole-Oodua in a luxury 2020 Rolls-Royce Phantom VIII.

Ooni of Ife, Oba Adeyeye Ogunwusi, on Saturday crowned Chief Kessington Adebunkunola Adebutu as the new Odole of Oodua at his palace in Ife, Osun State.

Chief Adebutu is the owner and founder of the Premier Lotto Limited popularly known as Baba Ijebu. His lotto company is the biggest in Nigeria. 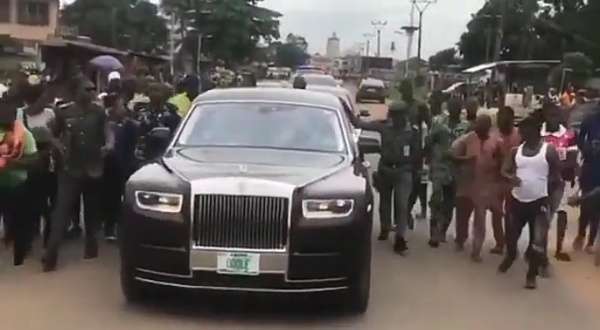 The billionaire businessman arrived in style at the ceremony in his brand new 2020 Rolls-Royce Phantom VIII sedan. According to sources, the new Odole Oodua gifted himself the new luxury car to celebrate his new title.

The brand new luxury Rolls-Royce Phantom VIII cost over ₦300 million in Nigeria. It has a customized number plate “ODOLE”, denoting his new title. It joins other cars in his fleet, including a white Rolls-Royce Phantom he bought to mark his 80th birthday in 2016.

Delivering the speech of President Muhammadu Buhari, Minister of Interior, Rauf Aregbesola described “Yoruba as a great race that would always promote and reward excellence in people.”

He also said Chief Adebutu is worthy of the title, saying his humanitarian gesture is second to none. 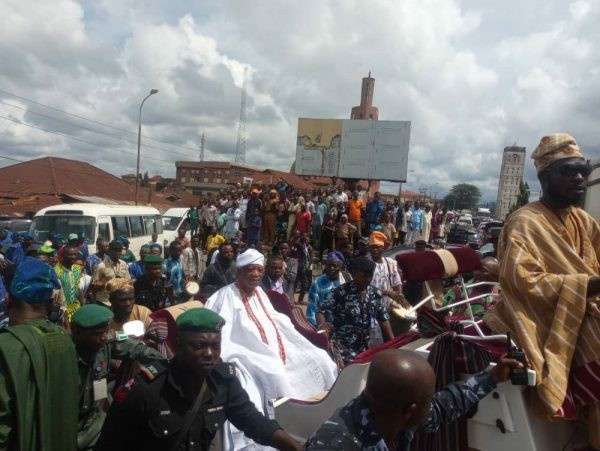 Ex-governors of Ogun State, Gbenga Daniel and Segun Osoba, and former governor of Lagos State, were also at the event.

Last Video Of Majek Fashek Released By His Son

Last Video Of Majek Fashek Released By His Son