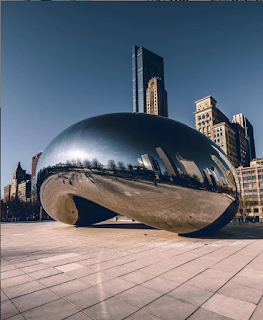 “I’m deeply saddened to share the news that I have dreaded since the earliest days of this outbreak,” Pritzker said at a news conference.

The Cook County Medical Examiner’s office identified the patient as Patricia Frieson, 61, of Chicago. She died late Monday night at the University of Chicago Medical Center.

Pritzker said the woman did have an underlying health condition, but she was not a resident at a nursing home. She did have contact with another COVID-19

Among those new cases, Pritzker said testing revealed an outbreak among the residents and staff of a private long-term facility in DuPage County.

On Saturday, a woman at Chateau Nursing and Rehabilitation Center in Willowbrook tested positive for coronavirus, so all residents and staff were tested. Testing revealed 22 positive confirmed cases, including 18 residents and 4 staff members.

“All of the individuals who have tested positive are now isolated at the facility or at a hospital, and visitors are now restricted,” Pritzker said.

Some of the residents have been transferred to area hospitals.

An employee who works on the eighth floor of the Dirksen Federal Courthouse has tested positive for COVID-19.

In a letter sent to building occupants Tuesday, U.S. District Chief Judge Rebecca Pallmeyer said she is not closing the building but that extensive cleaning is planned. The employee was last in the building Thursday.

Chicago health officials said they do not believe the paramedic contracted the virus during a service call, and that they are doing well at home.

That individual’s close contacts are in quarantine, and the city is sanitizing the station where this individual worked and screening employees there.

Pritzker put the heat on the federal government again, demanding a rapid increase in testing kits.

“I’ve requested, and now I’m demanding, the White House, FDA and CDC produce rapid increase in test deployment or get out of the way and allow us to obtain them elsewhere ourselves,” he said.

Tuesday is the first day of school closures, as well as on-site dining at restaurants and bars. As far as the financial impact, Pritzker said there is a moratorium on utility bills, and he is working to expand medicaid and ease the requirements for WIC and SNAP food access.