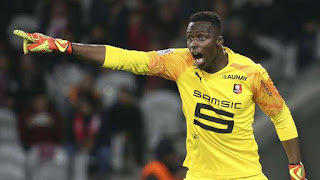 The French defender does not want to see prized asset leave the club, but concedes that he is ready to step up to the next level

The 28-year-old shot-stopper helped Rennes finish third in Ligue 1 last season, and the Blues are eager to bring him in to compete with Kepa for the No.1 jersey at Stamford Bridge.