The Blues had a bulk of the possession on the day, setting a club and division record, but could not break through as the game ended goalless

Chelsea’s first match under Thomas Tuchel was a record-breaking one, as the Blues dominated the ball in Wednesday’s match against Wolves.

Tuchel was confirmed as Chelsea manager on Tuesday, shortly after the Blues made the decision to part ways with Frank Lampard. 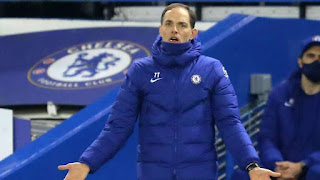 Reveal Identities Of Those Behind Kidnappings, ACF Tells Matawalle