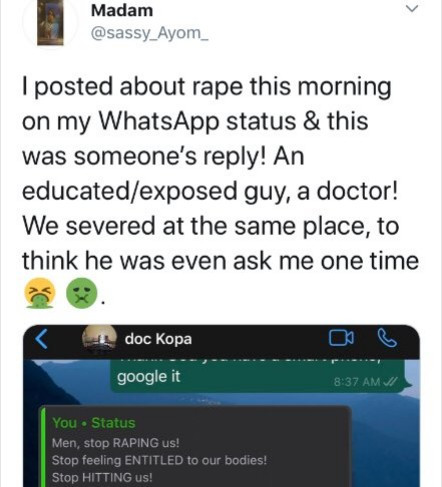 A Twitter user has shared screenshots of her chat with a medical doctor. The screenshots show him joking about rape and blaming it on the way women dress.

In the chat, the doctor suggested that women should “wear agbada or caftan” to prevent rape. He added that “many times they attract it to themselves.”

When asked if he understands what rape means he joked that it’s “the act when a female seduces a male to have an erection, then she runs away.”

A number of shocking posts have been shared defending rapists since the rape and murder of Uwa Omozuwa in a church. However, having a doctor join in defending rape has shocked Twitter users and they wondered how safe his patients are around him. 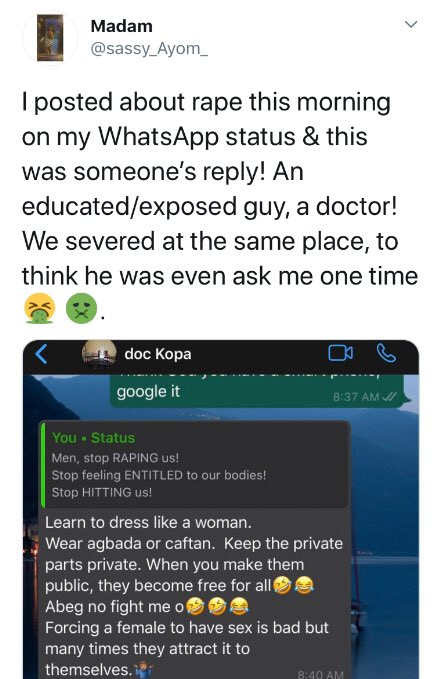 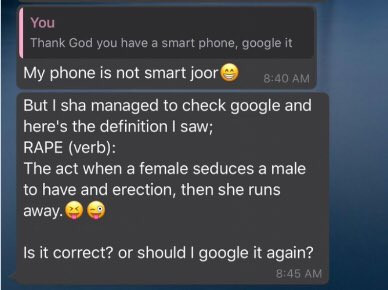