Can black people in America just be allowed to live? – Pearl Thusi 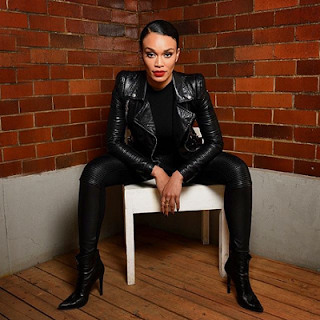 Actress and TV host Pearl Thusi has weighed in on the alleged police brutality in America, sharing her outrage on social media.

The behaviour of police toward black Americans has come under the spotlight recently largely because of the Netflix series When They See Us, which recounts the real-life story of five teenagers who are falsely accused and jailed for an alleged murder and rape in Central Park that they allegedly had nothing to do with.

While people across the globe are still trying to process the issues that the show highlighted, Pearl weighed in on the debate around police in America.

Sharing several posts about inequality and injustice, Pearl vented her frustration and asked why “can’t black people just be allowed to live” in America.

“On the real though… American policemen and women are doing a lot. Jesus. Can’t black people just be allowed to live?!?!” she wrote.

Her comments sparked a massive debate in the comments section, with many calling for African Americans to be treated fairly.

‘Married Men Are Off Limits, I Only Do Fraud Boys’ - Efia Odo