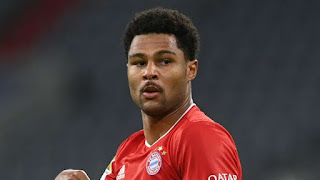 There was no Champions League hangover for Bayern Munich as they blew away Schalke 8-0 on the opening day of the Bundesliga season.

Bayern Munich started the defence of their Bundesliga title in ominous fashion as a Serge Gnabry hat-trick helped them to a stunning 8-0 win over Schalke at the Allianz Arena on Friday.

A mere 26 days after winning the Champions League, Hansi Flick’s side showed no signs of tiredness and powered into a fourth-minute lead thanks to Gnabry’s superb strike.

That was added to by Leon Goretzka after 19 minutes before Robert Lewandowski swept home a third from the penalty spot shortly after the half-hour mark.