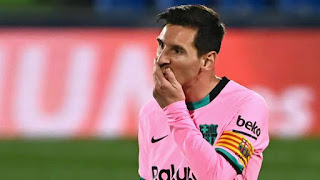 According to the union, the Camp Nou club could see themselves wrapped up in legal battles if they attempt to push through their current plans

The Spanish Footballers’ Association (AFE) has thrown its support behind Barcelona’s playing staff, who were not present on Wednesday as club officials held a meeting to discuss a blanket wage reduction for all staff members.

It is reported that those in charge of the Catalan side are looking to reduce all salaries, club-wide, by around 30 per cent, but players have made it known via burofax that they will reject any proposal made by the club as they have not been given the chance to sit in on discussions.

The players want to be involved in the talks – which are set to culminate within 15 days – before any action is taken and will more than likely resort to legal recourse if their demands are not met.