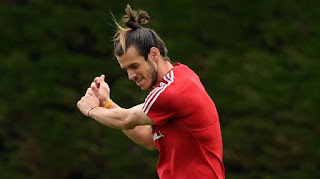 The former Wales international is pleased to see his fellow countryman heading back to the Premier League, saying his quality is beyond questioning

Gareth Bale heading back to the Premier League at Tottenham is a good move for all concerned, says John Hartson, as the Wales international could have “sat on his backside in Madrid playing golf every day”.

The 31-year-old forward is closing in on a deal that will see him head back to familiar surroundings on an initial loan deal. A return to English football has been mooted for some time, with Manchester United and Chelsea having been heavily linked with a proven performer in the past.

Spurs have, however, moved to the front of the transfer queue due to their strong emotional and professional ties with Bale.