An airport cab driver is being celebrated for returning a huge sum forgotten in his cab to the owner.

Adeniyi Olayinka, who is in his late 30s, is a driver who works at the Murtala Muhammed International Airport (MMIA) taxi park in Lagos.

The driver, who doesn’t have a car of his own, but works as a commissioned driver to a member of the Airport Car Hire Association of Nigeria (ACHAN), found an envelope forgotten by a passenger in the backseat of his cab.

He had met the passenger, Dele Ayeni, at about 1:30 am on Monday, July 29, shortly after the latter arrived from Cairo, Egypt.  Olayinka drove Dele from the airport to his destination at Ibese, Ikorodu. However, upon returning to the airport, he noticed an envelope belonging to Dele sitting in the backseat. The contents of the envelope were 2,400 US Dollars (888,000 Naira) and an international passport.

The honest airport driver was celebrated yesterday, July 31, for his actions. The driver said though he’s poor, he would never consider keeping what doesn’t belong to him. 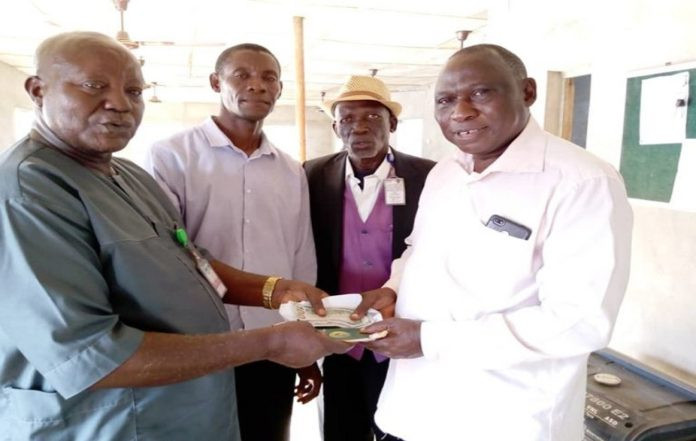 “It would put another family in sorrow and it is against the orientation given to every member of ACHAN at the airport,” Olayinka said.