Ahmed Musa’s future at Saudi Pro League side AL Nassr has been the subject of speculation in the Arabic press following his omission from the squad that played out a 2-2 draw with Joseph Akpala’s AL Faisaly FC on Thursday evening. 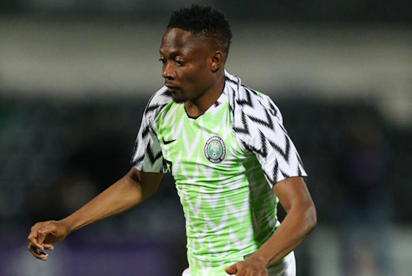 It was earlier claimed that the Nigeria international elected not to play the game because of a financial dispute with Al Nassr but this has been dismissed by the club’s interim coach, Helder Cristovao as well as a prominent Saudi journalist, Abdul Aziz Al-Marsil.

Cristovao confirmed just before the game that the former Leicester City striker was not included in the squad due to injury.

Al-Marsil tweeted that Musa requested to play with his injury but the doctor did not grant him permission after an X-ray, adding that the reason for his absence because of financial reasons is not true.

The Super Eagles assistant captain was directly involved in 6 goals (4 goals, 2 assists) in his first five league games in Saudi Arabia but has managed only one goal in his last nine appearances.

Following their draw against AL Faisaly, Al Nassr now have 34 points from 16 games, two fewer than table-toppers AL Hilal Riyadh who have a game in hand.