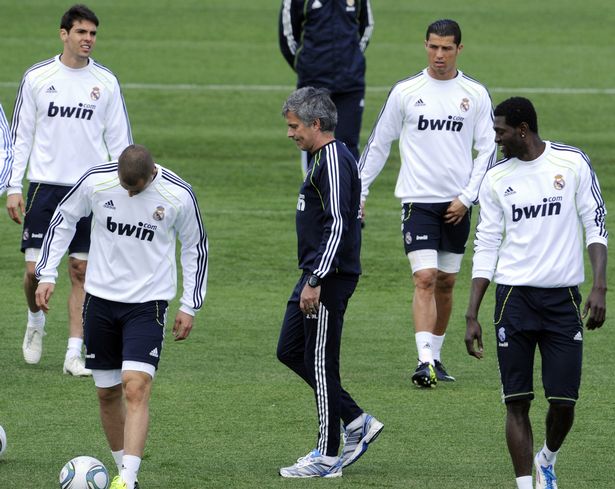 Former Arsenal and Tottenham Hotspur striker, Emmanuel Adebayor, has revealed how a fuming Jose Mourinho “once killed” Cristiano Ronaldo at Real Madrid, despite the Portuguese forward scoring a hat-trick.

Adebayor enjoyed a loan spell with the Spanish giants during the 2010/2011 season from Manchester City.

The Togo forward was given first-team opportunities by Jose Mourinho, scoring eight goals in 22 appearances for the Spanish giants.

Adebayor, in an interview with The Daily Mail, opened up on how Mourinho once lost his cool in the dressing room, ultimately directing his anger at Ronaldo.

“At Real, we were winning 3-0 at half-time. Mourinho came into the dressing room and went mental. He kicked the fridge, kicked the television, threw water.

“He killed everyone. I remember he once killed Ronaldo after he scored a hat-trick. He said: ‘Everyone says you are the best in the world and you are playing badly. Show me you are the best.’

“Cristiano took it. Ronaldo could score a hat-trick but talk about the one he missed,” Adebayor said.

Injury Problem Have Made Me Consider Retirement – Costa

Injury Problem Have Made Me Consider Retirement – Costa