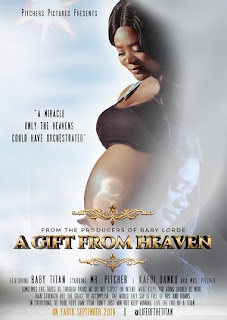 From Royalty to Greek mythology, Kanfui Danku has announced the birth of her second child in a special way. With a career as a film producer, she shared a film poster for her sons’ arrival.

The “I Do” star actress took to social media to share the difficulties she faced during her pregnancy and her maternity photos.

‘Your mind has played games on you many times, so take some time to read this; remember I mentioned in my end of year post for 2018 that the last few months of that year have been a little challenging? Yes! YAWEH decided to console me by starting my 2019 on a very positive note, I found out I was pregnant just at the beginning of the year; yet already at the early stages of this pregnancy, I had nightmares; which may be as a result of hormones, too much sleep or interrupted sleep; but one of the scariest among them is I had sexual intercourse with a strange man and waking up to Teco Benson’s “End of the wicked” movie played back on my mind; the scene where the in-law turned into “the devil” slept with the woman and she lost the pregnancy. I asked myself, how can a jobless “spiritual husband” be the reason for my loss? I’m sure most women on my kind of journey will call on all sorts of “men of men” for special prayers but honestly, It dawned on me that the only way I could win (be it whatever battle) is not to lose in my mind because our believes go a long way to create our reality, so I worked on my mind, “it was only a dream”, I told myself. I went ahead and ate fufu and groundnut soup that morning 🙈 instead of fasting and praying; I later said a little prayer and went on with my normal duties. I went for my appointment the following week and baby was intact growing from strength to strength🙏🏽 I decided not to hold back on this story because I believe this is a reminder most women on this journey need; what we feed is what grows to haunts us, “if there’s no enemy within, the enemy outside can do us no harm! (Sometimes your thought is the enemy within) I have come to learn that everything in life is almost a self fulfilling prophecy. ‘FEAR’ is good , but can also be a beautiful liar; but here’s the beautiful truth ; FEAR and FAITH both demand you believe in something you cannot see (The choice is yours) I’ve been there, many women have been there so you’re not alone.

I usually would have told my mum and she’ll pray, bind, cast and command 😁 all she can as an Ewe woman with all sorts of believes, but this is not to dispute the fact that “yaanom” exist ( I personally know some 😁) but we give them too much power to come to play. I can go on and on but at the end of the day, let’s keep believing and working on our minds (very critical) and we’ll be free from all forms of exploitation; especially from the “men of men ” oops…. ” men of God” .

It was a very long, tiring , CHALLENGING and revealing journey and once again, MAWU SOGBOLISA changed the story to his GLORY … It happened …on time…in time… IN HIS TIME !

Another worrior is born! Welcome the GIFT from the HEAVENS, @lifeofthetitan to this beautiful world… know you’re super special and highly favoured, I know all you’ll see is the beauty GOD has given to you.

Thank you all for the pleasant messages 😍❤. #OurGodIsFaithful . 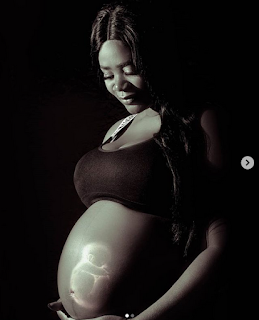 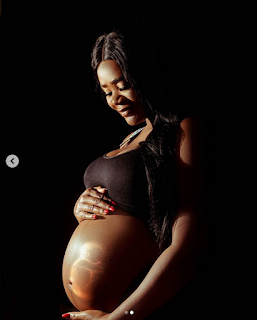 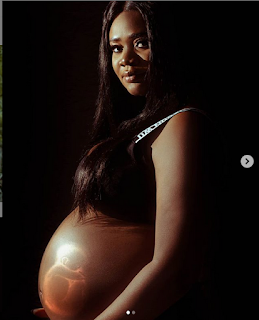 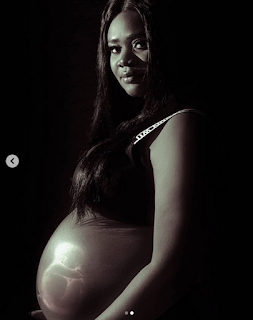 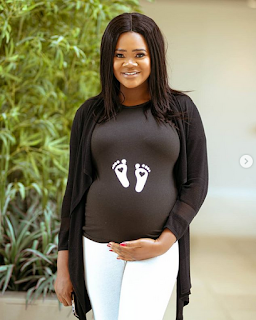 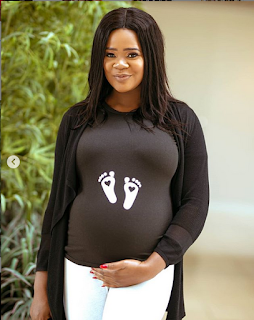 Singer Djinee reacts to the rape and murder of Uwa Omozuwa, says we all have to admit our parents failed woefully in raising the male child

Singer Djinee reacts to the rape and murder of Uwa Omozuwa, says we all have to admit our parents failed woefully in raising the male child

My husband is more handsome than our son – Toyin Abraham reveals

Actress Eve Esin blasts fan asking why she denied her Biafran identity, says “If you don’t block me I will block you”

Davido backs Wizkid against the killing of blacks