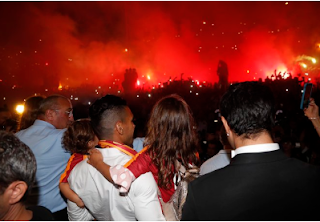 Galatasaray fans were out in force for new signing Falcao’s unveiling at Turk Telekom Stadium with over 40,000 fanatical supporters welcoming him to the historic club.

The European giants snapped up Falcao on a free transfer and he received one hell of an ovation when he was introduced as a Galatasaray player.

In excess of 40,000 fans rocked up to his official presentation, creating an unreal atmosphere.

Falcao also received a warm welcome when he landed in Turkey to sign his contract.

Thousands and thousands of fans turned up at Istanbul airport to greet the ex-Manchester United and Chelsea star and the scenes were crazy. 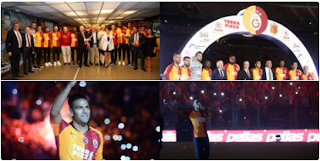 Zola names two players who got ‘bored’ under Sarri

Zola names two players who got ‘bored’ under Sarri