3 people have been confirmed dead and at least 79 people are missing and are also feared dead after a huge gas explosion ripped a huge hole through a building and destroyed nearly 50 flats in Russia.

Rescue workers are currently searching the debris where three people have been declared dead and dozens more are missing. Cries have been heard under the rubble of the collapsed part of the large block of flats where 110 people lived in the Russian city of Magnitogorsk. 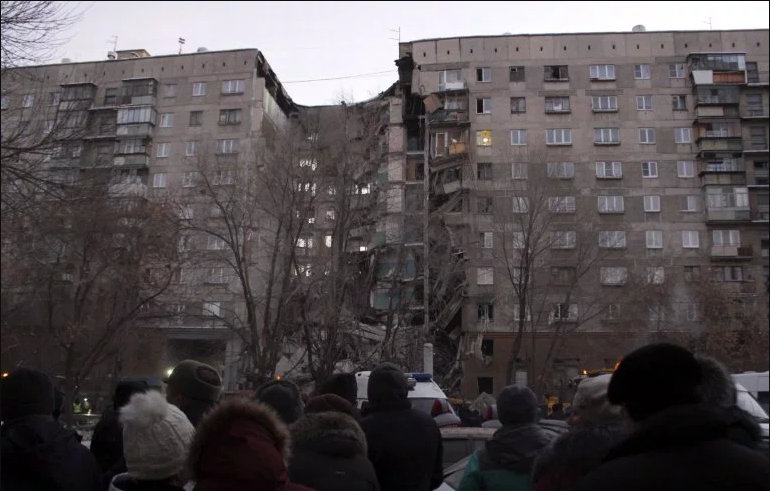 Looking from the backyard side, the whole of the block collapsed like a house of cards. It is not likely that anybody is alive there.

People from the next entrance are being evacuated with the help of fire brigade ladders.

A man, named George, who lives in the neighbourhood said:

I went to work early in the morning and heard a loud bang, and everything shook.

Let God help keep the victims to as small a number as possible.

The emergency ministry said on its website that 16 people had been evacuated, and three had been rescued from the debris. It said the calamity could have been caused by a gas blast. 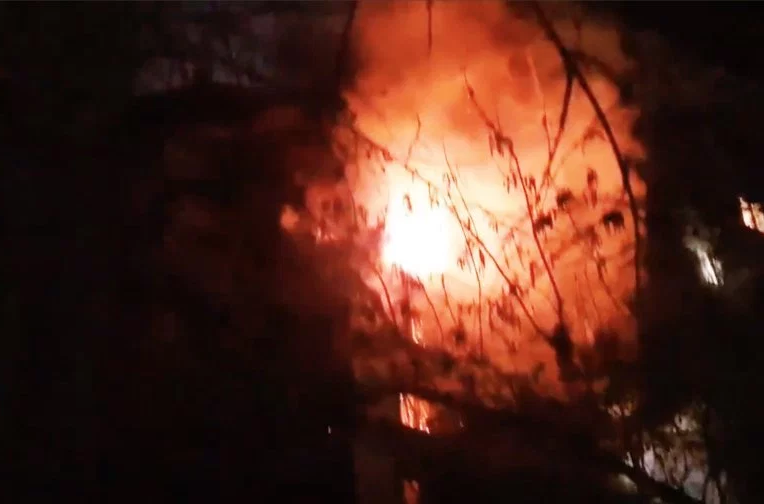 Reports said that the blast ripped through the building at around 6am local time on Monday when many of the residents were home and asleep.

Monday is a public holiday before the New Year celebrations in Russia so more people than usual were at home and, as a result, an increase in the number of those affected. 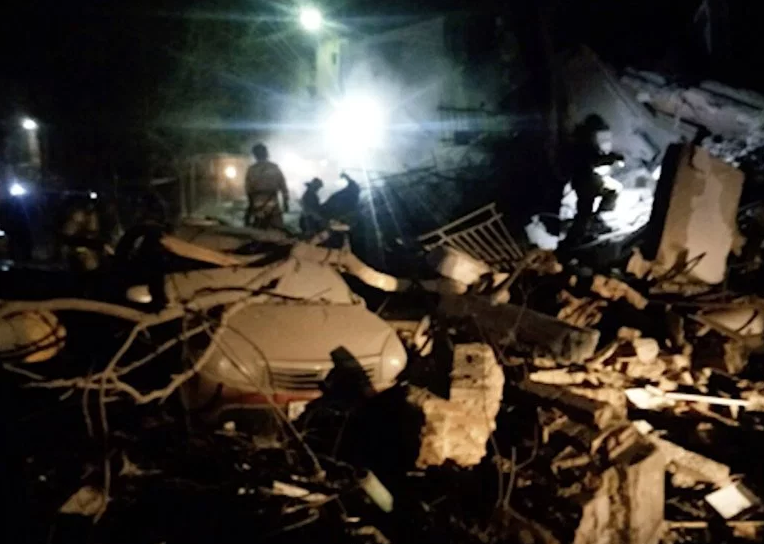 FG To Limit Number Of Children Per Mother

“Having Sex With Your Wife When She’s Pregnant Is Risky, Lady Gives Hilarious Reason