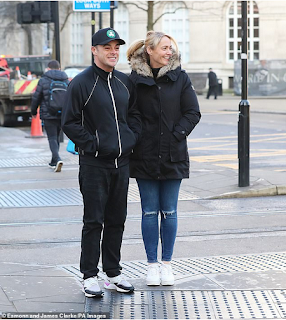 Their 12-year marriage was officially dissolved this week after a court  granted a decree, according to Mail Online.

The former couple split in January 2018 before their union legally came to an end during a 30-second hearing in October 2018.

During the hearing, Ant had to technically admit adultery with his former PA and girlfriend, Anne-Marie as their romance began while he and Lisa were still married.

A source told The Sun: ‘It’s been an extremely difficult road with a lot of heartache and unpleasantness, but it’s finally done. It’s over.

‘Ant’s been desperate to start the next chapter of his life and at least now he and Anne-Marie can plan for the future. It won’t be long before they are married.’

It was recently reported that Ant would have to close his £20 million television business to fund the divorce.

According to Companies House, the presenter’s production business Teecourt Limited has filed paperwork to cease trading in the coming weeks.

Earlier this year, Saturday Night Takeaway host Ant was reported to have handed over £31 million to Lisa, including their £5 million home in West London, after an ‘eight-hour negotiation’.

Vera Sidika officially off the market

Man Proposes To His Girlfriend During EndSARS Protest...

Husbands Can Be Jailed For 2 Years For...