Police found three people naked in a car together with neighbours they had kidnapped. It has now been revealed that the naked occupants are Jehovah’s Witnesses who feared the world was coming to an end so they fled their home naked and kidnapped their neighbours.

Two women and a man, who are Johavas Witnesses kidnapped their male neighbour, his adult daughter, and her six-week-old son, forcing them out of their house and into the snow without shoes, because they thought they were saving them from an imminent armageddon.

The mother and baby were put in the back seat with two other teenage girls, daughters of one of the female kidnappers who were naked under a blanket. In their haste to get to safety, a number of the kidnappers didn’t have time to put any clothes on.

The male neighbour was put in the trunk and ordered to chant “Jehovah” 10 times, according to Canadian Press. 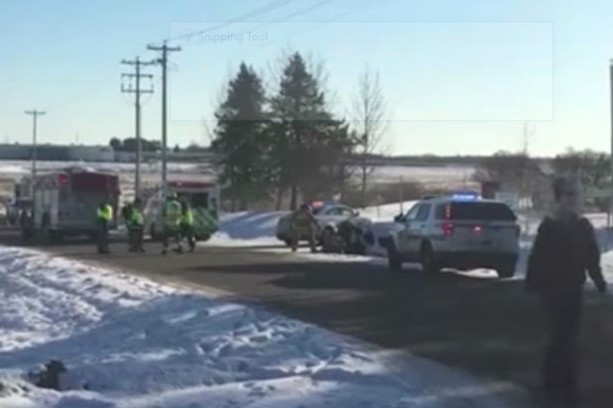 The mother of the two teen girls was the only one dressed and drove them all in a BMW SUV ploughing straight through their garage door. The SUV sped down roads and went through a red light, says the document.

The male neighbour trapped in the boot managed to unlock it and escape, as did his daughter with her baby. They then flagged down a passing truck to try to get to safety, but the driver of the SUV rammed into the truck before going into a ditch.

When police arrived the family refused to leave the car with one believing the officers “were monsters who would kill them.”

The three kidnappers were then Tasered, dragged out of the car an arrested during the incident that took place last year near Edmonton, Alberta in Canada.

The trio pleaded guilty last week to a charge of unlawful confinement and one of the women also pleaded guilty to dangerous driving. A family member previously suggested the trio may have unknowingly consumed hallucinogenic tea, but alcohol and drugs were not factors in the case, court documents stated.

Three days before the incident happened, the group didn’t leave the house and barely ate. One of the kidnapper’s daughters recalls watching movies but also hearing screaming, banging and seeing ashes in the air.

They did so because they believed that they were in danger, either from bad or wicked people outside or from demons.

Four who were naked were changing but they had to leave right away because it was unsafe, so they left without clothes.

The neighbours later told police the group seemed “demonized” and “obviously not in their right minds.

A judge has ordered pre-sentence reports and risk assessments, which could include psychological testing.

The three adult offenders are to return to court for sentencing in December. The two teenagers who were present during the abduction were not charged.