buy viagra online uk superdrug is it legal for a u.s. citizen to buy generic viagra from canada online where can i buy viagra connect in united states can buy viagra in malaysia pharmacy
Home Sport There Is No Element Of Improvement In The Super Eagles – Jonathan Akpoborie
Sport 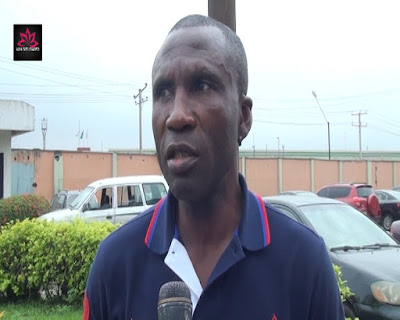 Reactions has trailed the Super Eagles international friendlies against the Desert Foxes of Algeria and the Tunisian National Team known as the Eagles of Carthage.

The Super Eagles of Nigeria lost to the Desert Foxes of Algeria in the first of the two international friendlies, which took place on Friday at the Worthersee Stadion in Klagenfurt, Austria.

The encounter, which is the 22nd meeting between the two side was separated by Borussia Monchenglabach  defender , Ramy Bensebaini’s lone strike in the opening 10 minutes .

Five days later, with the hope of redeeming the defeat, Gehnort Rohr’s men failed to come to life against the Eagles of Carthage as they finished the encounter in a one all draw.

Leicester City Forward Kelechi Iheanacho scored the first goal in the fifth minutes for the Super Eagles after a goal drought since his goal against Argentina in 2017.

Three minutes later, he missed a penalty to double his lead for the Super Eagles , the tenacity of the North Africans rewarded  as they equalized few minutes before half time through Mohamed Drager.

In a swift reaction to the games, former Super Eagles International, Jonathan Akpobore, said the Super Eagles’ performance is not encouraging.

“Looking at the two matches, to sum up everything, it wasn’t really encouraging at all, even against the backdrop of the introduction of new players, especially the game against Algeria, there is no element of improvement “

The former Wolfsburg forward also discard the introduction of the new players as the reasons for their poor performance.

“Even with the introduction of new players, you should see an arrangement that the Super Eagles is playing organised football and that was missing in the two games

It is becoming annoying when people start saying the coach is rebuilding, even when the German national team changed everybody in the team, they were still playing good football, we wouldn’t put three or four passes together in the midfield, the build-up play from the back was almost zero in both games “

The former VfLStuttgart player , who was part of the Nigeria team that won the first edition of the FIFA U16 Championship and scored in the final is based in Switzerland .

Don’t Get My Tweet ‘nigeria Is A Jungle’ Twisted, Oshoala Pleads

Mohamed Salah Got Justice After Being Racially Abused By A Fan