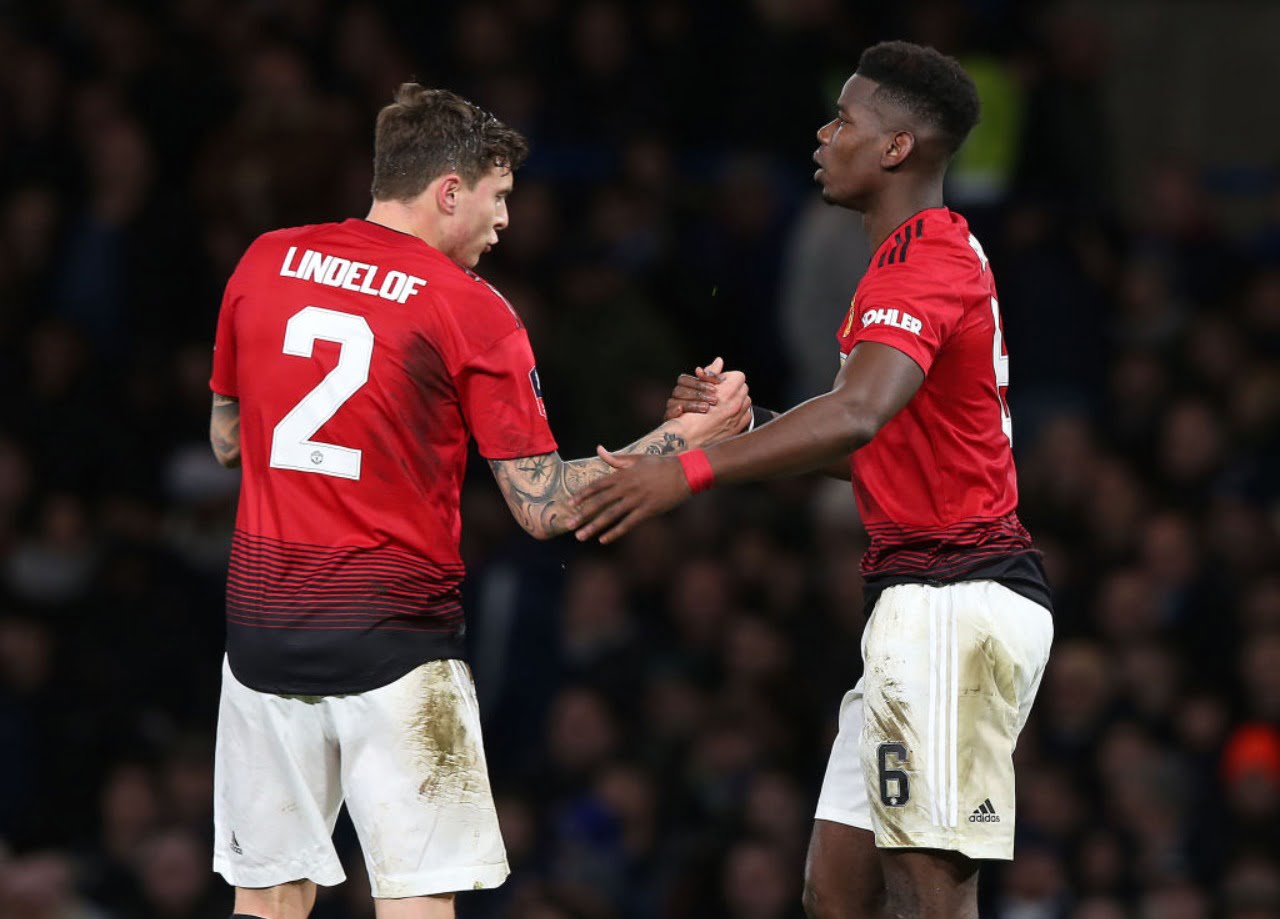 Manchester United midfielder, Paul Pogba, has shown off a minor wound to his face following a clash with team-mate Victor Lindleof in training.

The Red Devils are preparing for their Premier League game against Southampton on Monday night and were put through their paces at Carrington on Sunday.

The session involved some 1v1 drills, with Pogba selected to face off with one half of United’s centre-back pairing.

It seems the Frenchman came off the worse, after uploading a video to Instagram showing off a small cut above his top lip, as well as a bloodshot eye.

His caption read: “Victor you destroyed me! Look at this bro, look at this. Oh my God!”

He also included a caption on his video which said: “That’s what happens when you do 1v1 with the ice man Victor Lindelof.”

United can move into top four places tonight with a win over the Saints.