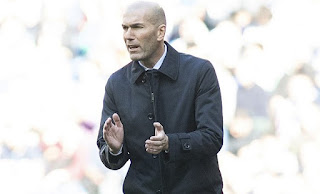 Shakhtar meet Real on the back of defeat to Cadiz, but Castro can’t believe his opposite number Zinedine Zidane is under pressure.

“He is a coach with a lot of charisma, a very good coach, who has won everything. What are we talking about? He comes from winning LaLiga, he has won the Champions League, he was first until this week …And look at the rest of the team.

“Klopp’s Liverpool, does not go first and they have conceded seven. The City, the same. All the greats go through difficulties at the beginning of this season. We are in a very difficult moment and I would recommend to the administrations of the clubs to be very calm, because if not … There are going to be many setbacks, but it is normal.”