Revealed: Why Man City refused to sell Garcia to Barcelona 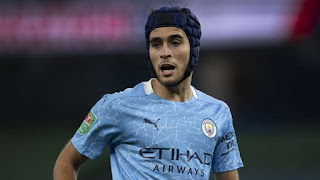 Manchester City would rather keep Eric Garcia as an extra member of the squad than sell him on the cheap after turning down Barcelona’s deadline-day move for the defender.

Barca identified the Spain international as their top defensive target and made a late offer which reached around £9 million ($12m), plus add-ons.

The offer was seen as unsatisfactory, however, as, while £4.5m of the add-on fees were seen as being realistically achievable, the final £2.7m was deemed practically impossible.