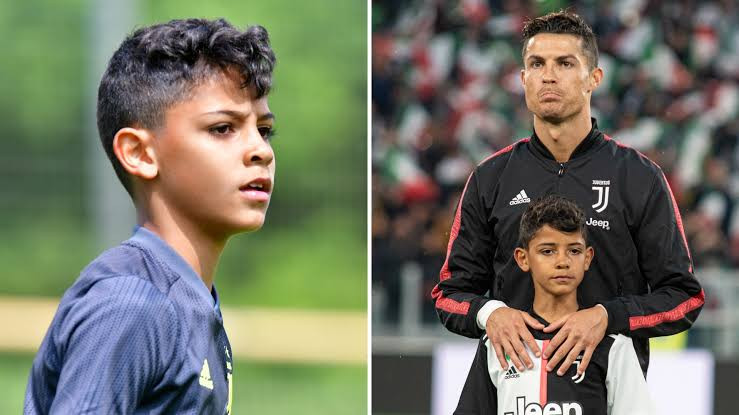 The video showed Cristiano Jr. racing through the water before moving round in circles as he was praised by family members on the luxury vessel.

Towards the end of the 1.30 minute video a woman in a life jacket could be seen jumping into the water, although the young boy switched on the engine before she approached it. 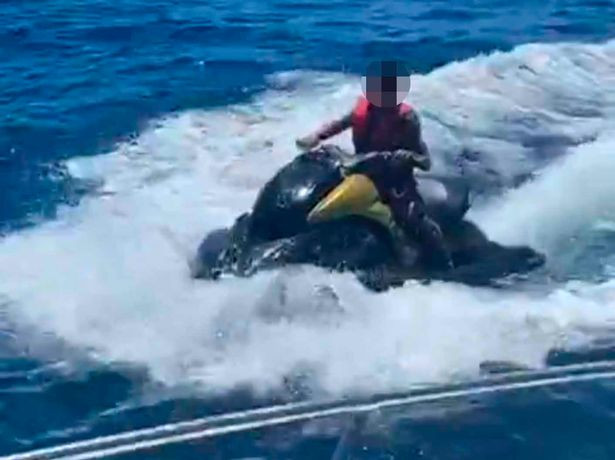 The disturbing footage was uploaded by the young boy’s aunt, Elma Aveiro on her Instagram page on Monday, July 13.

According to Portuguese press, the video also shared by his famous footballer dad and his grandmum Dolores Aveiro, was taken on Saturday in Paul do Mar off the south of Madeira where Cristiano Ronaldo Jr is holidaying with relatives.

The video has been deleted after receiving backlash from fans.

Maritime Police chief Guerreiro Cardoso on Monday confirmed an investigation was underway telling newspaper Expresso, he was aware of  the incident and has now began a probe to ascertain exactly what had happened and “whether a fine had to be paid.”

According to the police chief, under Portuguese law a skipper’s licence was needed to use a jet ski and only adults could hold one and fines for using a jet ski without the proper licence are understood to range between £268 and £2688.

According to police, the adult or adults responsible for Cristiano Jr would be asked to pay the fine if any wrongdoing is established.

Christian Pulisic Promise to be Back In No Time