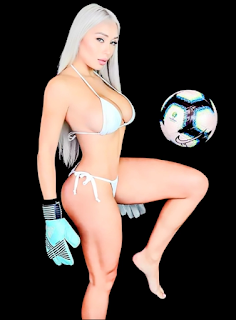 A Playboy model once linked to Cristiano Ronaldo has reportedly bought into a third division Chilean football club.
Influencer Daniella Chavez has invested in Rancagua Sur Sports Club and hopes she can lift them into the top flight.
Chilean Chavez claimed in 2015 she had slept with Ronaldo while he was in a relationship with Irina Shayk.
She said: “Cristiano was very shy at first, but when he built up his confidence was quite a man, though still a bit fearful. He loved me, but the idea was not to show it.
“I just wanted to fulfil a dream and have sex with him.
“I love his body. He liked my face, my breasts and the fact that he had never slept with a Playmate.”
The 34-year-old comes from the Chilean city of Rancagua and boasts a whopping 13 million Instagram followers.
But she took to Twitter to share her football based news.
Chavez has reportedly agreed to invest in the non-league football club despite being a fan of local top flight side O’Higgins de Rancagua.
She posted a picture of the club’s crest alongside the message: “I present Rancagua Sur Sports Club from the Third Division A.
“Soon they will go up to the professional league. One more challenge, but a nice challenge because it is a part of my city. We will give it our all.”
After making the announcement, Rancagua Sur said that they hope the collaboration will be productive, but that the agreement has not quite been sealed yet.
They added that they are very close to reaching a successful conclusion that suits all parties. 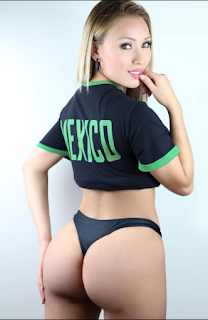