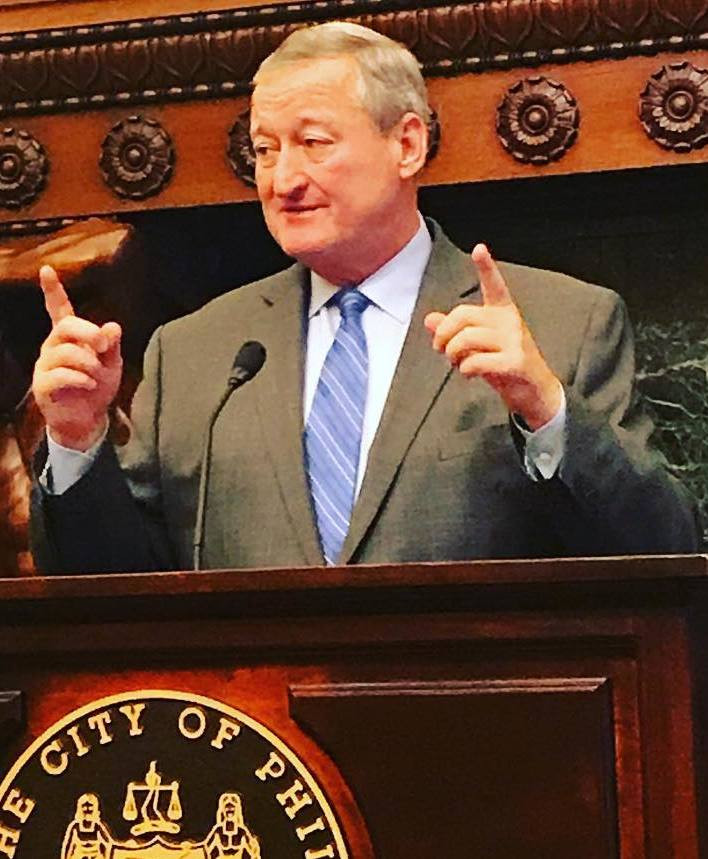 The city of Philadelphia has announced that it is cancelling all large events including the city’s marathon and Thanksgiving Day parade until the end of February next year due to the COVID-19 pandemic.

Philadelphia Mayor Jim Kenney made the announcement on Tuesday, July 14, saying ban on large events includes festivals, parades, concerts, carnivals, fairs, flea markets and block parties, such as the Thanksgiving Day parade and the Philadelphia Marathon are all cancelled.

In a tweet, he wrote: ‘He I’m disappointed to confirm that we are canceling large public events through February 28, 2021 due to the public health crisis.

This was not an easy decision to make. The health and safety of residents, workers, and visitors must be our top priority.’ 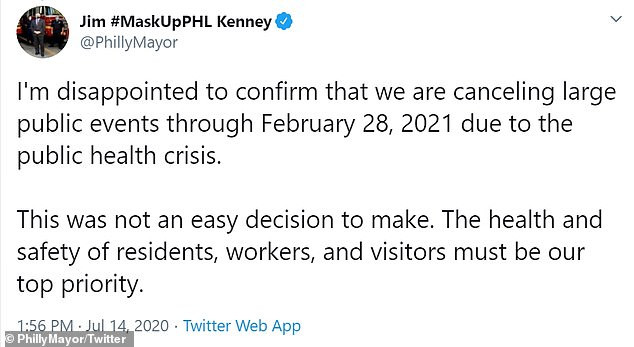 The mayor also said that 40% of new confirmed COVID-19 cases in the city are people under the age of 30. “This underscores the importance of avoiding social gatherings, especially for young people,” Kenney said.

The ban does not apply to any first amendment events like protests and demonstrations. Private outdoor events for ceremonies such as weddings, will be allowed to go ahead if there are fewer than 50 guests. Organized outdoor sports with fewer than 25 people are also permitted.

The decision to ban the next six months of events comes as the U.S. faces a surge in coronavirus cases.