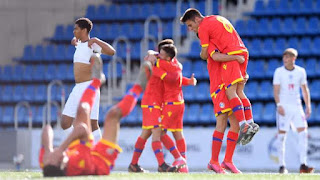 England Under-21 manager Aidy Boothroyd admitted that he was disappointed to drop points to minnows Andorra in an historic setback for the Young Lions on Wednesday.

Boothroyd’s charges went into the game knowing that a win would seal their place in the UEFA U-21 Championships in 2021 after starting their qualifying campaign with six straight successes.

Andorra, meanwhile, languished bottom of the six-team group, having picked up just a single win over Turkey and a draw with Albania, but the clash proved far more uncomfortable for the visitors than anticipated, and Christian Garcia’s late strike sealed a 3-3 tie for Andorra.