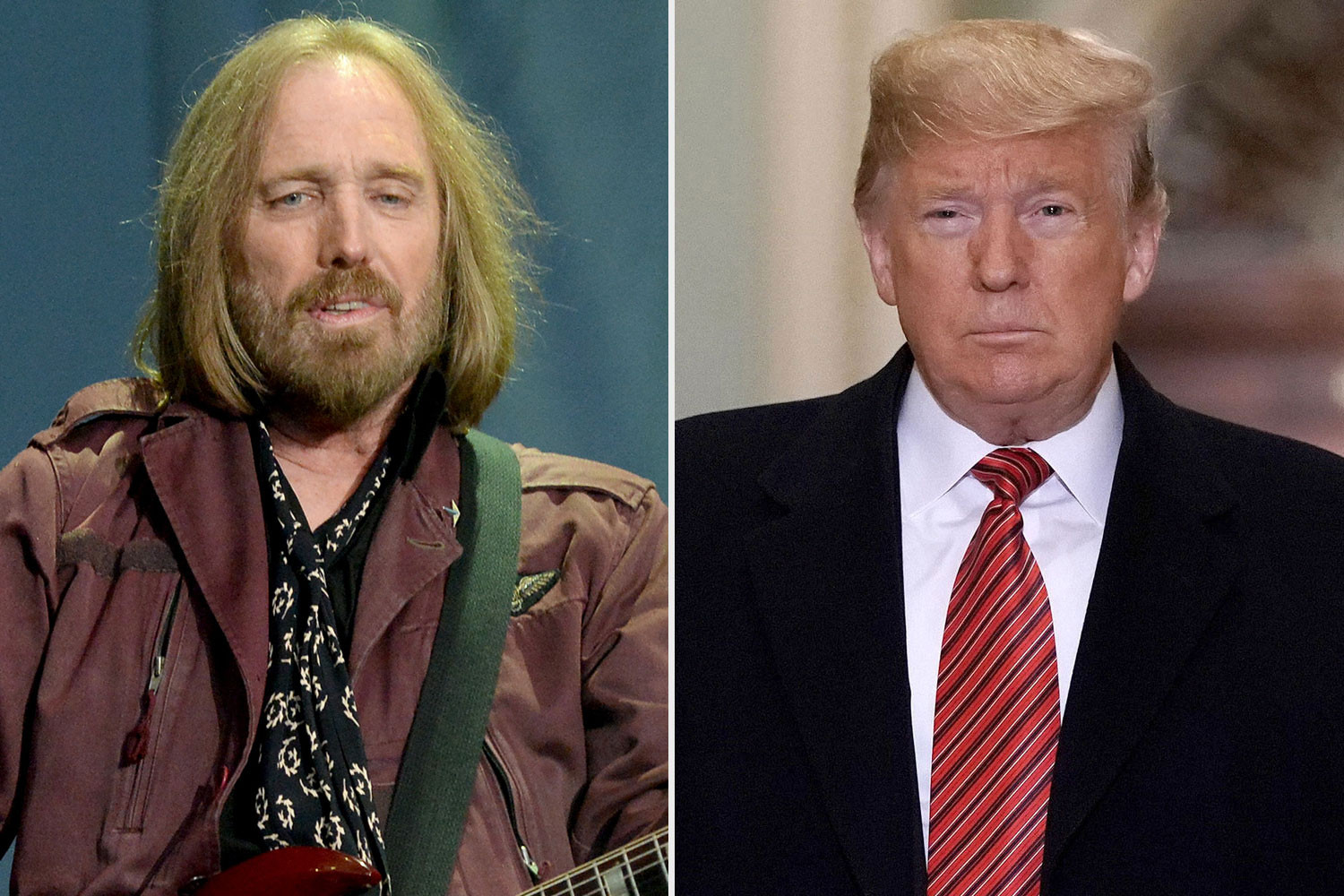 President Donald Trump’s campaign has suffered another setback after being served a cease-and-desist letter by the family of the late American rock legend Tom Petty for playing “I Won’t Back Down” at his rally in Tulsa, Okla.

The family in a statement released over the weekend, said the use of the song was “in no way authorized.” The statement issued by Adria, Annakim, Dana and Jane Petty, the musician’s children, widow and first wife partly read;

“Both the late Tom Petty and his family firmly stand against racism and discrimination of any kind. Tom Petty would never want a song of his used for a campaign of hate. He liked to bring people together.” 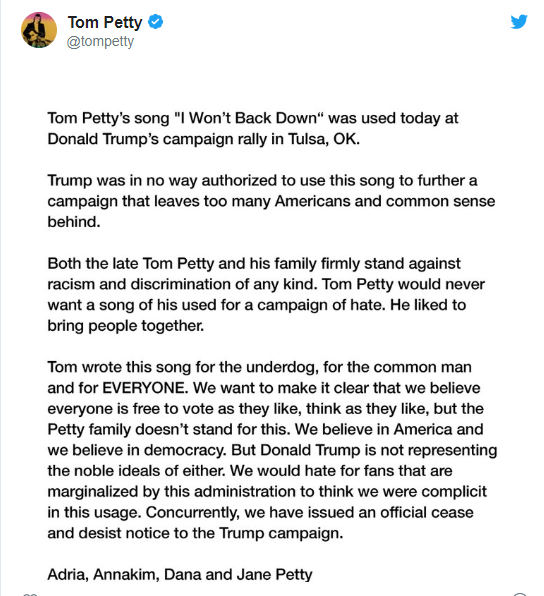 Benmont Tench III, a founding member of Tom Petty and the Heartbreakers also shared same sentiment.  He wrote in an Instagram post;

“I in no way approve of Trump even whistling any piece of music associated with our band. I hope that’s clear enough.” 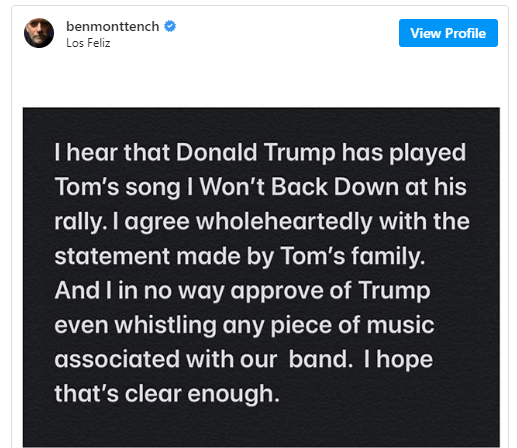 Petty who died of an accidental drug overdose at age 66 in 2017, said “I Won’t Back Down” had the most powerful impact on his fans. The song, which was released in 1989 on Petty’s solo album Full Moon Fever, inspired listeners to send him messages about how it helped them through tough times.

Politicians and campaigns in the U.S. are typically free to use any music they choose for rallies as long as they pay for the rights. But numerous artists have asked Trump not to use their music, including Neil Young, Adele, Guns N’ Roses, Pharrell, Earth, Wind & Fire, Queen, REM’s Michael Stipe, The Rolling Stones, Rihanna and Aerosmith’s Steven Tyler.

Malik B, Founding Member of The Roots and Grammy Winner is Dead

What Are the Health Benefits of Online gaming?