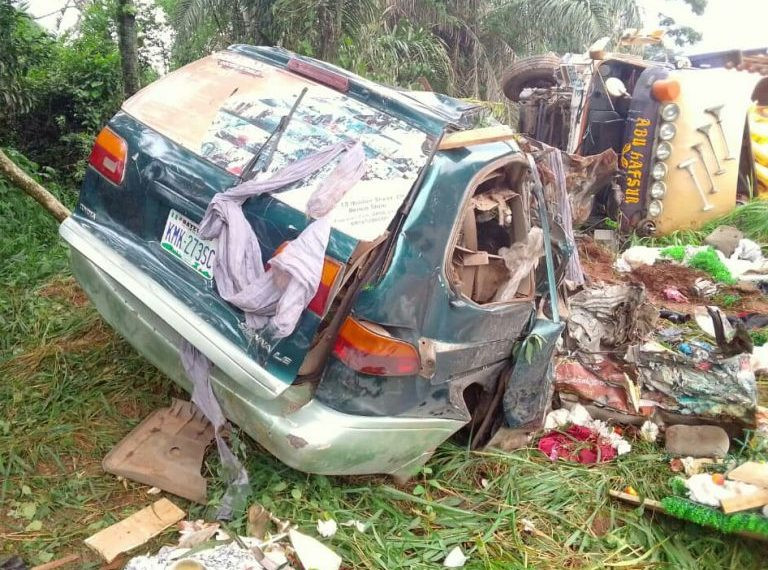 At least 5 people lost their lives and 2 were seriously injured in a fatal accident on the Nsukka-Obollo road in Enugu State.

He said there were two injured people at the scene and FRSC officials took them to the hospital.

All 5 occupants of the Toyota Sienna died. The driver of the truck and his conductor were the two injured people who were taken to the hospital.